Here are the details on this offer, which gets even better for new members and holders of the American Express Platinum Card® by Charles Schwab. Let’s look.

Rakuten — which some may know better as its former name: Ebates — is an online shopping portal that offers cash back on certain promotions when you click through its website before making purchases. You can read our introduction to online shopping portals here. They’re a great way to earn extra cash back or points on things you’re already buying anyway.

The cool thing about Rakuten is that they often run “new member” bonuses. If you’ve never had an account before, you can sign up and get extra points. Right now, that bonus is $10 (or 1,000 points).

Once completed, the $30 bonus will appear under the ‘Earnings Balance‘ section of your Rakuten account within a couple of days.

What really makes Rakuten awesome is that you can choose whether you want to receive your earnings as cash back or as American Express Membership Rewards. If you use these points wisely, they can be worth much more than the 1¢ per point that Rakuten assigns to them when converting cash back earnings to points.

Even if you want cash back, your Membership Rewards earnings can become even more valuable than one cent each. That’s because those who hold the American Express Platinum Card® by Charles Schwab can cash out their Membership Rewards points at 1.1¢ per point. So… Rakuten to Amex, Amex to Schwab…points go from 1¢ to 1.1¢ in value now.

Rakuten Promotion for 90% Back on LifeLock

That brings us to the popular promotion, which is back again: get 90% back on new LifeLock subscriptions when you first click through the Rakuten portal. The deal is available here.

How Much Does LifeLock Membership Cost?

LifeLock is an identity and credit monitoring service. It scans for uses of your information by people who aren’t you, such as identity theft and scams, as well as monitoring your credit. It has three different paid plans. 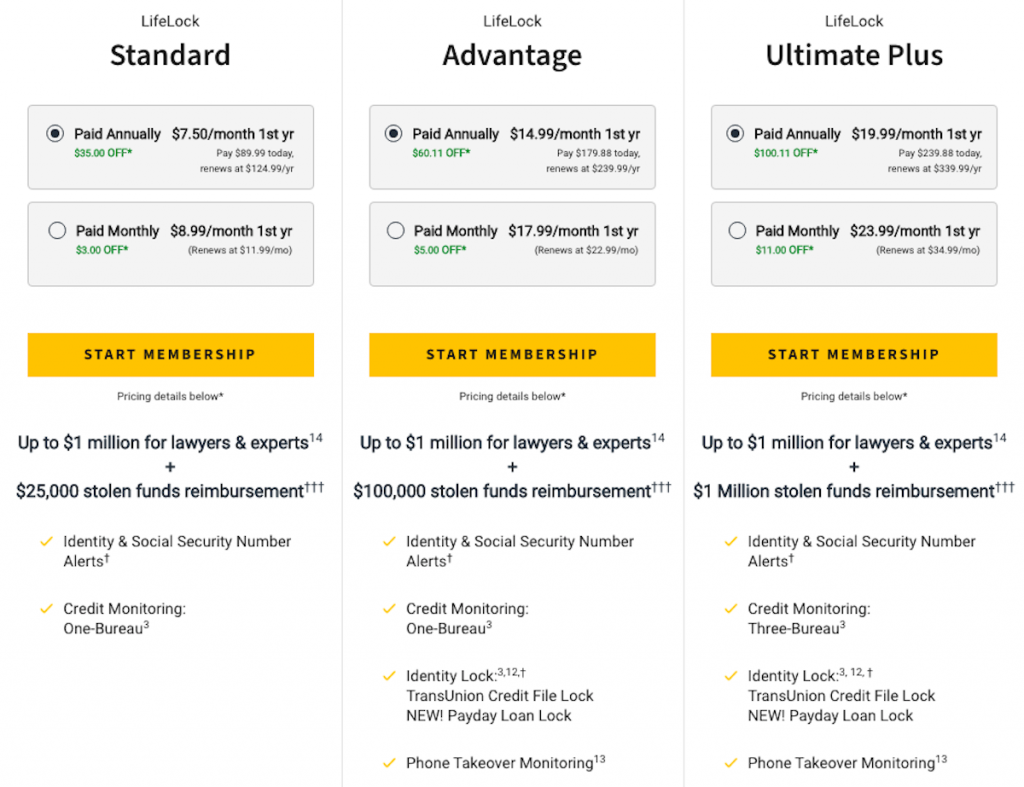 If paid annually, the three plans from LifeLock would cost:

With 90% cash back from Rakuten, you earn:

With the devaluation of cash out rates from Membership Rewards to Schwab (formerly 1.25¢ per point, now 1.1¢), this is not a profitable deal like it was in years past. However, the ability to get a 90% rebate on LifeLock memberships via Rakuten cannot be understated.

Those interested in a service that monitors your identity and credit are unlikely to find a better deal than signing up when there is a 90% rebate available. Even those who are not interested may see the value of the Amex points available as worth more than what you would pay to acquire them. Additionally, new Rakuten members can sign up during this promotion and stack their earnings with the new member bonus.

Are you planning on signing up for LifeLock during this promotion?