Getting a Priority Pass membership is becoming more of a sweet deal — especially now that international travel is booming and more people need lounges for delayed flights. 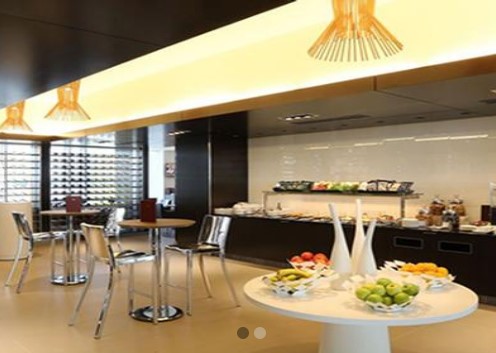 The Washington DC British Airways lounge was already available to Priority Pass holders, but the other three are new additions to the network. Newark and San Francisco hours are the usual lounge hours, while Seattle and Dulles are open to Priority Pass members before the normal lounge times.

In October 2018, Lufthansa — Germany’s largest airline — added its Detroit Business Lounge to Priority Pass. In April 2021, Lufthansa added three more of its 5 US lounges to Priority Pass, but later removed its Newark lounge. This departure leaves the new British Airways lounge as the only Priority Pass lounge currently available in Newark.

After all of that shakeup, here are the Lufthansa lounges currently available to Priority Pass members:

Due to COVID-19 restrictions at this time, masks must be worn at all times (except when eating) per the website. Masks made of fabric are not allowed.

Neither Lufthansa’s Newark or Boston lounges are currently accessible to Priority Pass members.

Priority Pass is not just for North American lounges. The pass gives you access to over 1,300 lounges and airport experiences (including restaurants) around the world.

In the past, airlines were reluctant to allow Priority Pass members access to their lounges due to overcrowding. During the pandemic, that limitation was no longer necessary. Whether British Airways and Lufthansa lounges will remain accessible to Priority Pass members now that travel is hitting new heights is yet to be seen.

If you don’t already have a Priority Pass, memberships start at $99 a year. At this membership level, you pay $32 per person to access each lounge. Or for $429 a year, all your lounge visits are free. However, it usually makes much more sense to get a complimentary Priority Pass membership through one of the following credit cards:

Having access to lounges is particularly important these days with so much uncertainty around flights. Airlines and airports are imploring passengers to get to the airport early to deal with long check-in and security lines. With a lounge membership, you don’t have to worry about being stuck in the terminal if you clear through security quickly.

Just note that being a member of Priority Pass does not guarantee access to an airport lounge. Airlines have the right to deny entry at any time due to overcrowding or other reasons.