Qantas recently partnered with Accor Hotels, unlocking the ability for members to double dip on flights and hotel stays. This partnership was in the works for a while. However, the launch was delayed as Australians were prevented from traveling until earlier this year.

Qantas’ partnership with Accor hotels offers members rewards on both flights and hotel stays. Unfortunately, this promotion is mostly geared toward those living in / visiting Australia and Asian Pacific countries.

Once you link your Accor and Qantas accounts, you can receive the following benefits:

In both cases, these earnings are in addition to your standard point earnings. That means you’ll earn points with both programs when flying or staying.

Restrictions on Accor and Qantas partnership

Only Qantas flights with a QF flight number are eligible for double accrual.

If you’ve already linked your Accor account to Air France/KLM, you’ll have to switch to Qantas. You can’t link both airlines simultaneously. That means no triple-dipping.

Qantas points will be credited to your account within 6 weeks of eligible flights, Accor hotel stays, or points conversions.

Accor hotels eligible for this promotion are those in Australia and the following Asian Pacific countries: 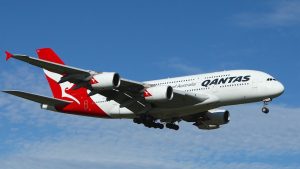 As with the Air France/KLM partnership, you can transfer your points from your Accor ALL account to your Qantas Frequent Flyer account. Points transfer between programs at a ratio of 1 to 1, with a minimum transfer of 2,000 points. Transfers are non-reversible.

Qantas Frequent Flyer members with Gold status or above — or who are Points Club or Points Club Plus members — can fast-track their ALL membership from Classic to Silver after linking their accounts and completing two eligible stays. Each stay must be at least two nights. Silver status earned this way will be retained until the end of the following calendar year.

Accor Plus members with Gold status or above will get a complimentary Qantas Wine Premium membership with free delivery on purchases in Australia (this really just benefits members Down Under).

This promotion is mainly targeted at Australians. However, you can take advantage of it if you have trips planned to Australia, New Zealand, or other eligible Asian countries. If you’re a Qantas member — and especially if you have elite status with them — you might want to take advantage of the promotion. However, the Qantas Wine Premium membership doesn’t seem valuable to those outside Australia.

This is definitely a better promotion than the Accor and Air France/KLM partnership, as you get 3 Qantas points per dollar (instead of 1 Flying Blue point per dollar). However, it comes down to whether or not you will be able to take advantage of those Qantas points.

Will you be linking your Accor and Qantas accounts under this partnership?

Buy JetBlue TrueBlue Points With Up to a 70% Bonus

Save 20% On Red Robin Gift Cards