In positive news for travelers, you’ll need fewer Avios when booking Qatar Airways flights with British Airways, as the airline reduces award costs to match other programs. Here’s a look at the positive improvements in award costs with British Airways Executive Club as it pertains to flights on Qatar Airways—as well as why this change is happening.

It’s not often that we post about award costs going down. Usually, it’s the other way around. However, as British Airways reduces the number of Avios you need for Qatar Airways award bookings, this is very positive news. As first noted by Thrifty Traveler, you’ll now spend fewer Avios to book Qatar Airways flights if you book via British Airways Executive Club.

Previously, you could expect pricing of 108,000+ Avios to book JFK-DOH flying in Qatar Airways business class but using your British Airways Avios to book the flight. Now, the new price is 70,000 Avios + $101.85 in taxes and fees—which have also gone down.

As British Airways reduces these award costs, it puts the BA pricing in line with the number of Avios you would spend with Qatar Airways’ own program, Privilege Club. The pricing calculator shows that you need 70,000 Avios for this flight in business class. 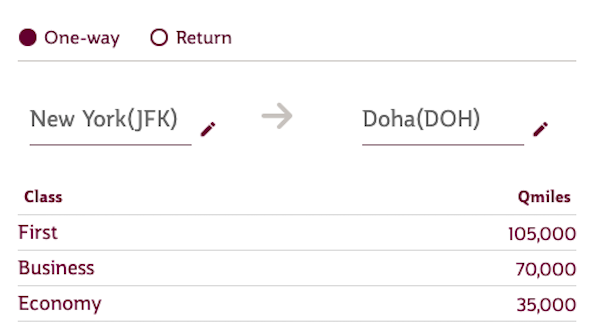 Not only does this put British Airways’ award pricing on par with Qatar’s but also on part with American Airlines’ pricing for this route.

Where the new pricing really jumps out is on longer routes where British Airways is not sticking to its typical distance-based pricing model. JFK-DOH is a flight distance of 6,704 miles. LAX-DOH is a distance of 8,306 miles — 1,602 miles further than JFK-DOH.

Yet, we see the same number of Avios for the new award pricing.

This matches what we see with the Qatar Airways award calculator…

Connecting itineraries are where we start to see a divergence. Qatar Airways’ calculator says 80,000 Avios for this itinerary. 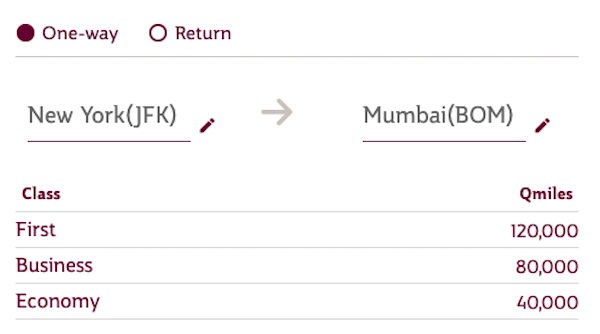 However, British Airways is charging 96,000 Avios for business class on this route.

Why This Is Happening

Because Qatar Airways recently dropped Qmiles and adopted Avios, it now has the same currency as British Airways, Aer Lingus & Iberia. And since you can freely & instantly transfer your Avios amongst these programs, pricing alignment isn’t a huge shock.

As British Airways reduces its award costs for Qatar Airways flights, it’s not as much about competing with AA’s pricing as it is matching Qatar’s pricing. If I can just send my Avios from my BA account to my Qatar account to get better pricing, BA feels the pinch to match prices and keep customers booking within its website.

From the examples above, we see that BA awards are not only breaking the traditional distance-based model to honor Qatar Airways’ own award pricing on longer routes, we also see that taxes and fees have gone down. Historically, BA has had some of the worst fees on award bookings. This is another positive development here.

If you’re looking to load some Avios into your respective accounts, here are the available transfer partners:

British Airways reduces Avios costs and out-of-pocket costs for award bookings on Qatar Airways. It’s a double win. As the airlines deepen their partnership, BA is bringing its award costs into alignment with what Qatar Airways is charging for those same flights.

British Airways may charge more Avios or more cash on some bookings, while the return of ‘per segment’s fees with Privilege Club can affect your pricing there. Take these things into account as you plan your award bookings since your options are improving.

This not only gives us better pricing when booking award flights, but the ability to transfer your Avios between programs also means you can use whichever one has the seat you want at the best price.

Caesars Halts Unearned Status Matches From Wyndham. Here’s How to Still Get Both Statuses

Mastercard Scaling Back, Then Ending, DoorDash and HelloFresh Benefits